Well, avid readers, it was inevitable, I suppose. Here’s the end of Poor Valley Witch, a little joy-writing I started many months ago. It’s also inevitable that the last installment drops on number 13. I had thought the round number 10 would be the conclusive installment of the short story serial, but I was wrong. It was to be 13. Lucky XIII.

The third in the Mermaid Underground series is still marinating before being broiled in the first major rewrite. It’s not too late to become enchanted with the story! Parts one and two are available for your enjoyment on Amazon.

But, for now, it’s time to see what Landon, having been led to and then left in the dark by his bewilderingly (mostly) absent parents, is up to. If you’re new to the series, go here to start from the beginning. Thanks for reading!

Landon raised his hand to knock on the flimsy sheet of particle board that hung, dejectedly, from a couple of hinges that were clearly too small for the task. He dropped his hand and blinked, taking a step back. I’ve been here before. Wait. Did I ever leave? Had he dreamed driving away in terror, his courteous reception by vultures in his grandmother’s attic? His mother flying up from Florida? Of all that had happened, this last was possibly the thing to jolt him hardest out of his life-as-it-always-is perspective.

He looked down, and felt around in the deep front pocket of his jeans. There. The mint tin, rattling around in his pants, rounded, rusty edges now familiar to his fingers. That was the proof that the last days of his life had really happened. Landon took a deep breath and looked around.

The little building he’d gone in, where he’d heard his parents speak to him from the pitch black: it must have spit him out here, on the witch’s doorstep. He didn’t know if the place itself was enchanted to do it, or if his parents had worked it out. It didn’t matter. The outcome was the same. He started to wonder what his grandmother must be thinking about right now, but he shook his head angrily. It was time for the sacrifice.

Stop stalling. He raised his fist and banged on the makeshift door to the witch’s trailer house. It was more add-on than house; a whole, shifting structure made of lean-tos. Ancient aluminum trailer siding peeked out from cracks in scavenged, aging fence boards, old doors, entire walls that looked like they’d been cut away from abandoned sheds and clapped, whole, to the house. The ring glittered on Landon’s pinky finger. 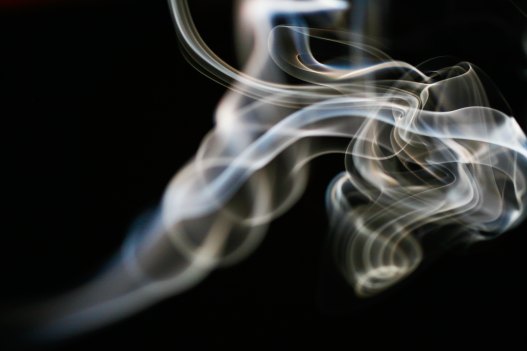 “Here you are!” The young woman he’d seen walking down the road as he’d been driving backward, trying to get out of this place, opened the sagging door and gestured him inside, gracefully. He went, and was swallowed up by the musty smell and gloom of the place.

“Well, let’s not waste any time about it,” said the witch, smiling sweetly. “I’m going to kill you.” She lunged toward him with a bowie knife, the kind that Davy Crockett had probably carried. Hell, maybe it’s old Davy’s actual knife, Landon thought, wildly. He didn’t have time for any other thoughts, for any other actions, because the witch was fast and her knife was true, and deadly sharp. He felt her impact him and he went down, twisting to the side in a belated bid to protect himself. His shoulder and arm crashed into an ancient t.v. tray, which broke into a twisted mess, gouging his skin with ragged edges, cutting him deeply. He shrieked and struggled to free himself from the broken tray, from the witch, who was fighting like a pissed-off cat, or so he imagined.

But she was already off him. When he finally stood, leaning against the paneling of the wall, the witch was several feet away from him, looking back and forth between her knife and his chest, and arm. His chest was—amazingly—unscratched, but his arm was covered in blood. Landon checked himself all over, more uneasy about her bizarre examination of him than he was about his own wound.

When he lifted his arm to see how bad the damage was, his ring was glowing, covered in blood, illuminating the whole room in sticky red light.

“No,” said the witch. She shook her head. Abruptly, bewilderingly, she turned and walked out of the living room, down a dark hall. Her cotton sundress disappeared, her bare feet flashed once in the light of the ring before bearing her into the velvety dark.

“No! Shit! No!” Landon heard banging, clattering noises, like someone checking through boxes and flinging them aside.

Now. It was the hint of a whisper, more feeling than word. He did not hesitate. He picked up a twisted chunk of broken t.v. tray and went down the hall. He didn’t have a plan, just a need. Had he wondered what the witch wanted with him? Had he entertained the notion that she wanted to transfer her romantic feelings for his dad to him? Had he thought he could get out of this, this muddled mess that he’d dropped into on the day of his birth, with nothing more than an awkward love imprint, like a baby duck who thinks the cat is his mother? He chuckled darkly to himself. His ring cast flickering, glowing light down the hall.

She was already coming back out of her bedroom (for that’s where all the clattering and cursing had come from) when he met her at the doorway. He raised his arm and tried to stab her, tried to do some damage, any damage at all to the evil witch who had ruined his family and tried to destroy him. It was just like a dream. Every move he made was through air made dense, like clear plastic. His twisted wedge of aluminum turned aside with each thrust, bumping harmlessly into the walls to either side of her. He couldn’t strike her. She cringed and snarled, trying (equally vainly) to bite him, to scratch his eyes out with her ragged nails.

He couldn’t impact her with his weapon, but one, tiny drop of blood landed on her forehead. Just above her left eye.

It burned a hole through her.

Landon saw it and understood at the same time her enraged shrieks rose to shake the house. She went down and he followed, flicking his blood onto her even as she fell, trying, trying to break through the invisible, nightmare barrier to touch her, to smear his arm all over her, to burn her into hell where she belonged.

Finally, she weakened, and the barrier did, too, though her shrieks were still deafening, still causing the whole place to shudder and tremble as though it were made of dry, autumn leaves. He touched her and crowed in triumph, a sound almost as ugly as her screams, and he painted her flesh with his blood. The ring, imbued with her ill intentions and the blood of a mother with a child in her womb glowed, screaming with light. 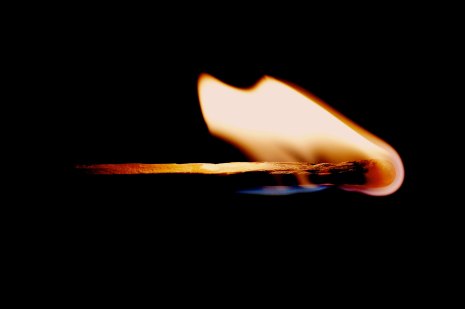 The screams dwindled and she lay, a withered pile of flesh and sundress. The ring winked out. Landon stumbled down the hall and burst into the freedom of fresh air on the rickety front stoop.

His mother and father rushed to him, crushing him with their arms in a mad hug that reminded him of when he was a little boy, and he’d squeeze himself in between the two of them, calling “Family hug!” until they’d picked him up and showered him in kisses. He stepped back and looked at the two of them, sickened a little at the blood smeared on them from his arm. They looked like her, for a moment. Like the blood-killed witch.

“Quickly,” his mother said, “Quickly, now.” His father reached down to grab the plastic gasoline jug at his feet, and he tossed the fuel all over the house, circling it, wetting everything he could reach. Mom lit a match and tossed it on, and the three of them scurried off the porch and up the bank, stinking like gas and blood and triumph.

They watched the trailer house with its cancerous lean-tos burn. As they might have expected, it went up quickly, like nothing more substantial than a sheet of tissue.

Landon dug into his jeans pocket, the blood caked on him starting to congeal. “It’s here.” She’d never even looked for the mint tin.

“Open it. Sprinkle them on the fire, over her if you can.”

Landon half-slid down the slope, shielding his face from the overpowering heat and light. He fumbled the tin opened and took out each nubbin, tossing it into the fire, one by one.

It would be days before he would wake up from his first nightmare, bathed in sweat, certain that the witch hadn’t really been killed, that she was coming for him, was already here. He’d lay in the dark and gaze at his ring, and know that he was safe.

The ring wasn’t glowing. They were all safe.

I'm a fiction writer, and I pay the bills with freelance copywriting and ghostwriting. I juggle all this with raising two semi-feral kids along with my husband. View all posts by meghanpalmer